Some of the objects which are essential to the story of Radley have very little by way of individual history. One of these is the school’s premiere academic award: the Richards Gold Medal. This is a story about the relationships between schoolmasters and schoolboys in the earliest days of Radley… read on

Object No 10 was a riddle. Object No 11 continues the theme. It is one of the great mysteries of Radley. When this series was first proposed, object No 11 was among the first items to be nominated. It is so iconic that its inclusion in ‘The history in 100 objects’ was cited by the Warden in his end of term assembly. But the object itself baffles. Its hold over the average Radleian is inexplicable to the average adult human. The very photo shows just how unappetising this commodity really is. Yet it is a commodity. It has been used as a reward, as a bribe, in negotiations over lessons, as the impetus behind a strike. It is the stuff of nostalgia. This is a tale that encompasses gluttony, embezzlement, debt and bullying.

It is a soft bread roll filled with minced chicken in mayonnaise, with the minutest amount of lettuce garnish imaginable. All hail, the mystery of the chicken roll. THE FULL STORY

I have four faces, but when I was born I had no face at all.
I am an icon, but what I represent has changed with the years.
I am a landmark, but I cannot be seen from any vantage point.

I have four courts but only one remains.
I have three bells named after Christian saints and
I have been shot at dawn.

Boys went unfed, staff unpaid, beds unbought, to pay for me.
I am the oldest.
I was the first.

‘Dear Garry
22 A*s in Maths and 6 + 4 more respectively in Further and Additional – a really impressive performance, set alongside the most important statistic in my eyes – 60/62 grades were A*/A/B in Single Maths, a truly amazing statistic. Very well done to you and to all the team.

An apparently simple postcard from the Director of Studies to the Head of an Academic Department, penned in AER’s signature purple ink – instantly recognisable to anyone at Radley from 1993 until 2012. On the face of it, a casual note. Digging deeper, it reveals a complex story about a fundamental debate in education over the last 160 years. Object no 7 covered the school curriculum before the advent of public exams; object no 8 looked at the role of an extra-curricular academic discipline and the impact of the enthusiasm of individual teachers. Object no 9 looks at the day-to-day business of education: the formal curriculum and the place of comparative testing between schools for pupils to achieve measurable qualifications – the public exams for A Levels. But the story of exams, results, league tables, only skims the surface of this postcard. For this is the story of exams from the ‘other’ side – not from the pupil’s point of view, concerned with the results of an individual – but from the teachers’ side. Although the postcard is addressed from one individual to another, it is about teamwork, and about saying ‘Thank you.’ For it acknowledges that, although not all taught the actual A Level classes, all the members of a department have contributed equally over a pupil’s career, and all are to be congratulated and thanked. To Read More Click Here 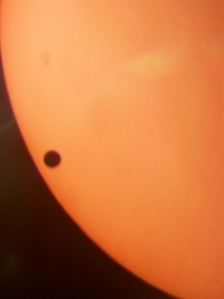 No 8 in our list of objects is an event rather than a physical object.  An event so elusive, so transient, that you can blink – and miss it.  And yet an event so regular that the challenge to record it, and to measure it accurately, has moved empires.  This is a story of the shrinking world and the expanding universe. A story that links James Cook’s great voyage to Tahiti in the 1760s to measure the distance between the Earth and the Sun, with Removes sitting in a classroom at Radley in the 2000s using the global network to harness a telescope in Hawaii to photograph the births and deaths of stars in other galaxies.
This is the story of a hobby; of long nights spent star-gazing; of the influence of great teachers on keen pupils; of the pursuit of academic excellence outside the formal curriculum; and of an event that no one now living will ever see again. THE FULL STORY

I hope that you will excuse our not writing to you by the last mail when you hear how it happened. We [were] just going out to spend the day at a gentleman’s house the other side of Oxford, and our ponies were at the door when we remembered that it was the day for writing and so Charley just wrote a line like you told us to say that we were well. To your question about having a watch, I shall answer no because I should never keep it in order. All the names of all the people who are in danger out in India are put up by the Warden on the chapel. I hope that we shall stop here next holiday for then we shall be able to ride. I suppose that the rainy season will begin soon, it seems as if we were going to have a rainy season here for we have had nothing but rain for the last two or three days. We do much harder work in our form now such as Caesar and Ovid which are both rather harder Latin than we used to do. I must now say good-bye with love to you both,

PS. Charley told me to tell you that he has not had time to write.

A standard letter home from the younger of two brothers. It includes everything two loving parents could expect from a thirteen year-old: excuses about not writing, obsession with ponies, answer to a question about what he wants for his birthday (on 25th September), talk about the weather, academic progress, more excuses from his fifteen year-old older brother. But this letter home will travel by overland mail, as will their reply, and although Gerald Talbot writes home every two weeks (whenever he is not too busy) it will take nearly a month to arrive, and another month before he receives a reply. That is, if he ever does receive a reply. For Gerald’s father is stationed in Calcutta as Secretary to Lord Canning, Governor-General of India, and news about the Sepoy Rebellion which started at Meerut on 10th May 1857 has been filtering through to Britain since June 9th. To Read More Click Here

Object no. 6 represents hundreds of similar tankards awarded for rowing. It is engraved with the names of the five crewmembers, four rowers and the cox, of a four which competed in an event on the Thames in March 1913. As a beer tankard it is unremarkable, and has served its turn for flower arrangements. As an archival record, it is a useful indicator of health and fitness, since it records the weights of the crew, which can be compared with modern crews. As a record of the school’s history, it bears the names of individuals, grouped together relatively randomly for this one event. But as a historic record, it evokes a fleeting, happy moment at the end of the long, golden Edwardian summer: 1913 – a date which resonates in the nation’s history. Click Here for more

The Radleian 1991: We congratulate Dr JR Summerly on being awarded his PhD from the University of Durham. His doctorial thesis ‘Studies in the Legionary Centuriate’ is unusually Thatcherite in that it was begun in the week of the former Prime Minister’s first election victory in 1979 and submitted three days before her resignation in 1990.

The Radleian 1996: Radley 19th-20th June. Awareness of someone banging on the door and then a real thump on the partition and David Coulton speaking loudly, ‘Jim, it’s a fire, in Common Room.’ Dashed out of bed and through the flat. Smoke smell on the corridor. Fire alarm and burglar alarm going off. … The Common Room door showed half an inch of yellow light all round it … Ran down the rest of the stairs and out of the building. … The fire red and strong back from the window in the pigeon-hole room, sheets of flame behind the windows in Common Room. I thought the building was gone. Dashed around to the front and went back up the stairs. Aware of wrong decision. Grabbed writing box with thesis disc, photos and passport…’ Jim Summerly.

Fire in the Mansion – the worst disaster in the history of Radley College. What would YOU save?
Click here for more

A canister containing a spool of 35mm film, labelled BBC ‘The school Radley College’ sync rushes 540, footage 1900. This is one of over one hundred similar spools of film which between them contain more than fifty hours of footage filmed across a span of ten months in 1979. This footage was edited to create ten thirty-minute programmes for a BBC2 documentary Public School, which was broadcast between 17th January and 20th March 1980. Object No 3 was an informal Youtube film, created by a parent using a hand-held digital device, edited by members of the soccer team, presented to the world over the internet, without input from the school’s authorities, with the option of added a comment if you want. A comparison of the two objects demonstrates the huge changes in film and recording technology which have taken place over the last thirty years, and the resultant changes in communication and information dissemination. This is about controlling the image; about the public exposure of private life; about definitions of reality; about seeing only what you want to see.

Throughout ten months of 1979 a BBC film crew of four people lived and worked in Radley. They made a fly-on-the-wall documentary about life in a boarding school. Ten episodes were broadcast on BBC2 in February and March 1980. Each episode featured an aspect of life at the school, beginning with the arrival of a new boy, James Lovegrove, and the introduction of the Warden Denis Silk. Some episodes became classics of reality TV, introducing larger-than life characters such as flamboyant maths teacher and Sub-Warden, David Goldsmith, in the episode ‘Schoolmastering is just acting.’ Others caused outrage, such as ‘The times have changed’ in which the boys talked openly and frankly about sexuality. The most acclaimed episode featured Hugo Chapman, then experiencing the ‘dark tunnel of adolescence’ – disaffected both with home and school, on a CCF Navy exercise canoeing in Perthshire. The series provoked a huge political debate among the critics, and won a BAFTA.
Click Here For the Full Story